Adriaan Diedericks is a South African sculptor based in Strasbourg, France. After graduating with a BA degree in Fine Arts from Stellenbosch University in 2012, he completed an apprenticeship with Lionel Smit from 2013 until 2014.

Diedericks was a SASOL New Signatures Finalist in 2010 and again in 2014. He also participated and became a Finalist in PPC YCSA in 2013. His work features in prominent art collections such as Quoin Rock Wine Estate, Cavalli Wine & Stud Farm, Bartinney Wine Estate and NAC VIP Lounge, Lanseria Airport as well as other private collections around the world such as USA, UK, Switzerland, Sweden, Germany, Australia and South Africa. Diedericks has placed public sculptures in Hermanus, Franschhoek, Stellenbosch (South Africa), Rhineland-Palatinate (Germany) and Sainte Radegonde (France).

In 2014 Diedericks was invited to take part at Art Fair Strasbourg and Cologne. In 2017 he attended the 4th International Artist Symposium along with 9 other individuals at Museum Villa Böhm in Germany where he was given the opportunity to work with sandstone for the first time. He has been featured in various media publications such as Effe O’ Arte in Milan, Top Billing and Visi’s ‘Artists to watch’ among others.

Diedericks presented his 7th solo exhibition, Continuum, in 2019. He continues to support several charities on a regular basis such as Art Angels, MAD Charity and IRIS House Children’s Hospice. 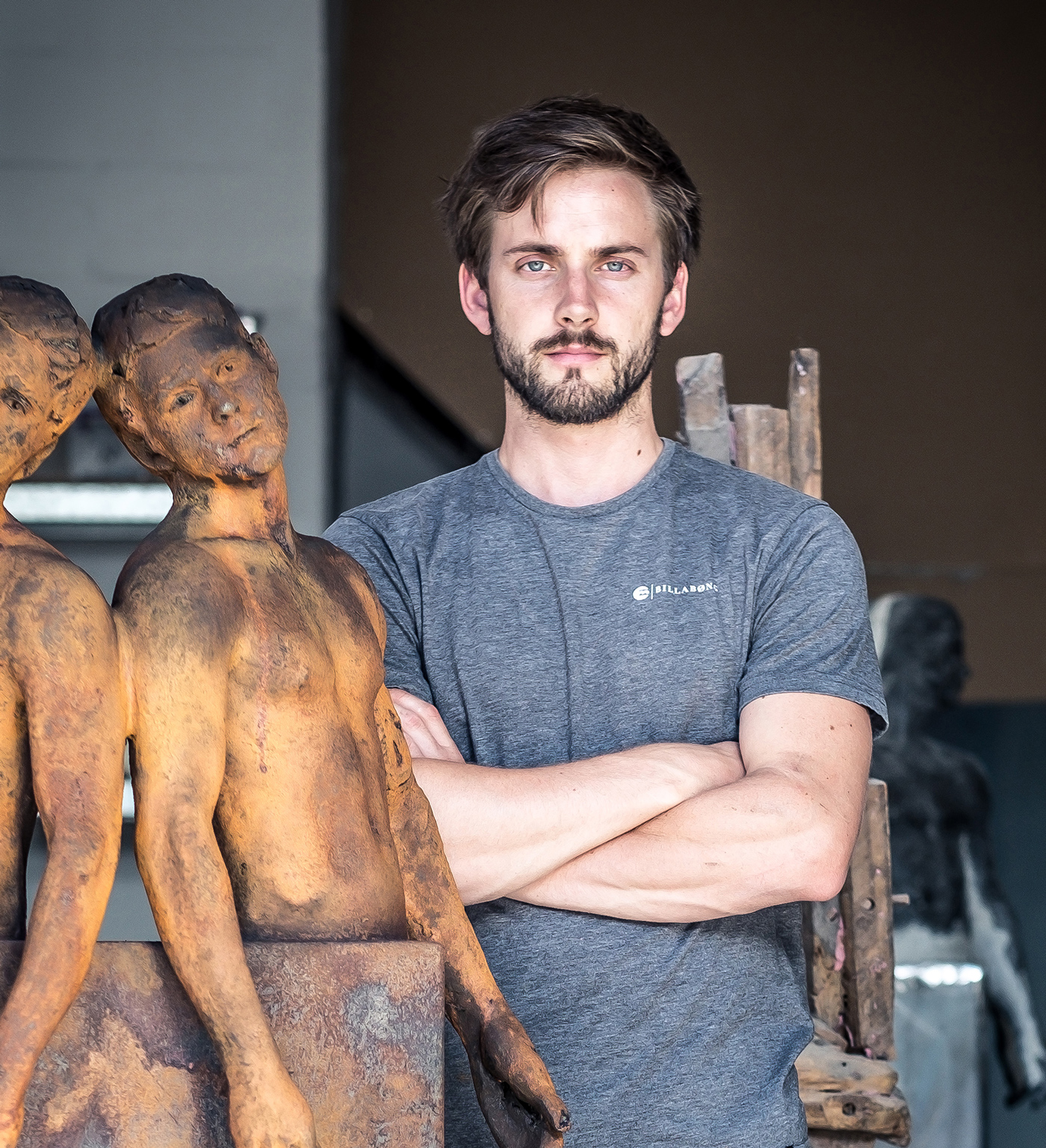 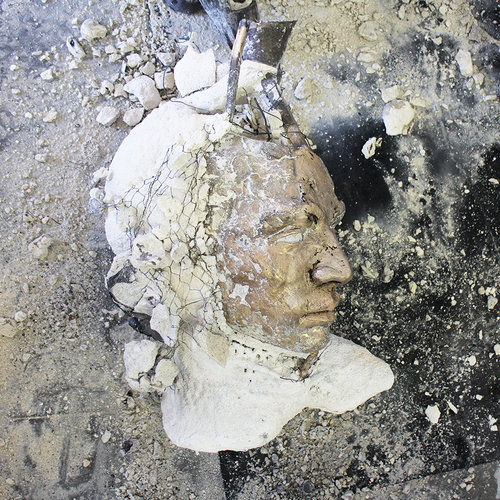 "My work attempts to mimic the expansive landscape of my youth. This is evident in the manner in which my practice continually spills forth from drawing into three-dimensionality. Through sculpture I attempt to manipulate the messages inherent to scale and material, having worked in povera substances such as found wood and plastic, often solidifying it in permanence through the use of bronze.

The body as a vessel for power, glory and inevitable humiliation is a key concept within my work - a thought which binds my reflections on masculinity and heraldic histories.

I sculpt with wax, clay and rotten wood which I then cast into resin or bronze and recreate to mimic the original putting my viewer under false pretense and allowing them to question."

"Visually I have a “revealed - concealed” like approach to my work. I also draw inspiration from the Hegelian “master-slave” concept, which combined plays on the notion of creating optical illusions. From one angle someone might see something entirely different to another angle.

Practically my work mostly manifests from objects and materials found within my surroundings such as scraps of rotten wood. I find the dry rot wood due to excess water seeping into the center quite symbolic. I use this in correlation to the Foucaultian theory of “Knowledge is Power” and “absolute power corrupts absolutely”, in the same way the water corrupts the wood over time.

My work has an organic approach, one piece informs the next. Therefore my work acts as proposed pieces rather than final destinations." 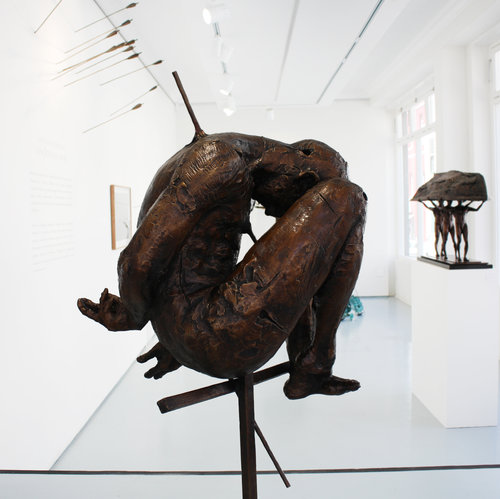